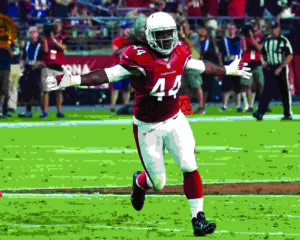 “Together, we can break through sickle cell disease!”

Known as one of the National Football League’s most punishing pass rushers, Arizona Cardinal Markus Golden, is leading the charge against a disease that affects many families, including his own. Markus and his mother, Rhonda, partnered with the Sickle Cell Disease Association of America, Inc. (SCDAA) last year to increase awareness about this rare, and inherited blood disease.

As one of SCDAA’s Celebrity Ambassadors, Markus hopes to inspire those affected by sickle cell disease to speak out about their triumphs and struggles. “I also want to use my platform to bring attention to a disease that sometimes gets neglected and forgotten,” says Golden. “I am excited and honored to be able to serve as a SCDAA Celebrity Ambassador, and I look forward to launching our awareness and fundraising campaign this football season – Break Through Sickle Cell – which will help to bring attention to this cause that is so important to me and my family and so many others.”

The “Break Through Sickle Cell” campaign launched in October, as part of SCDAA’s ongoing awareness activities, witha wonderful public service announcement that SCDAA coordinated with the local TV station and the Phoenix Children’s Center. Markus met with children living with sickle cell disease and provided them SCDAA swag gifts that he signed for them. Children have always been a focal point for Markus because he believes developing relationships with our youth builds self-esteem while making them feel valued.

During the football season, Markus is asking that individuals make a donation to SCDAA for every tackle or sack he makes during a game. SCDAA has a donation page set-up for the campaign, and it will be a new fun way to raise awareness about SCD. And no matter which team you root for each week, we can all root for SCDAA’s Celebrity Ambassador Markus Golden. 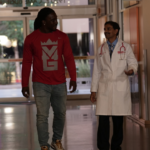 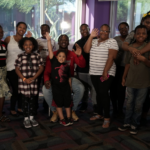 Markus grew up in South St. Louis, so his desire to work with inner-city youth resonated with him at a young age.
After graduating from the University of Missouri, he was selected by the Arizona Cardinals in the second round of the 2015 NFL Draft. While football has given Markus a platform to do what he loves, he remains dedicated to serving inner-city youth and supporting SCDAA.

SCDAA thanks Markus for his commitment and dedication to young people and to helping us bring attention to sickle cell disease. Together, we can “break through sickle cell!”