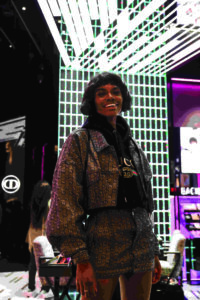 “Keep going, don’t ever give up. Everything you dream of will come to you.”

London Knight was born June 16 in San Diego, California, and she was diagnosed with sickle cell SC at the age of 3 months. Ever since she understood what sickle cell was she knew it was very important to follow her dreams as a model. Now she’s successfully modeling and traveling all over the world, seen in magazines such as Elle, Cosmopolitan, Glamour, Marie Claire. She is also gracing runways in New York’s and Johannesburg’s Mercedes Benz Fashion Week. London has also appeared in commercials and movies.

“Keep going don’t ever give up,” says London. “Everything you dream of will come to you.” One of London’s passions is volunteering in children’s hospitals. It is something that is close to her heart, as she is an advocate for young sickle cell warriors, preaching that no matter your trials and tribulations it is important to follow your dreams. 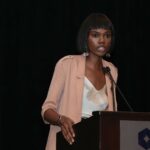 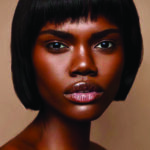 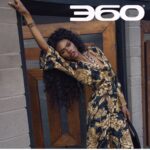 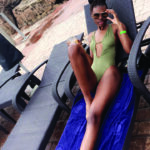 As a SCDAA Celebrity Ambassador, London is committed to increasing awareness about sickle cell disease and to giving kids and young adults, just like her, a voice. “God has a plan for you,” she says. “And having sickle cell shouldn’t give you doubt. It should be the thing that drives you. God has chosen you as one of the stronger soldiers to teach compassion and love because you never know what other people are going through!”

SCDAA thanks London for all that she has done for the sickle cell community in increasing awareness about sickle cell disease as one of our Celebrity Ambassadors. We appreciate her continued support of our work, and we look forward to collaborating on new awareness initiatives.