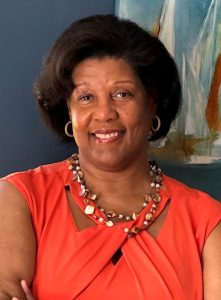 The Sickle Cell Disease Association of America (SCDAA) named Regina Hartfield as CEO and president effective Jan. 14, 2022. Hartfield has served on the association’s board of directors for three years, including as chair of the fundraising committee.

“Regina is an outstanding choice as our next CEO,” said Thomas Johnson, chair of the SCDAA board. “Her experience on the SCDAA board has provided her great insight into the organization’s strategy as well as the priorities of those SCDAA exists to serve, namely the individuals across America living with sickle cell disease and their families. Regina understands and appreciates the importance of keeping the individual with sickle cell disease and his or her needs at the forefront of SCDAA’s mission and daily purpose.”

Under Hartfield’s leadership as fundraising committee chair, the committee introduced the SickleTini virtual fundraiser, which paired education with interactive activities and provided new sponsorship opportunities. Hartfield initiated the development of the SCDAA’s 50th anniversary campaign creative brief, a marketing tool to steer the strategic fundraising goals. She also served as a member of the Member Organization Partnership Improvement ad hoc committee, working with the Executive Leadership Council president to develop an approach to member organization benefits, communication and inclusion strategies.

“I am excited and deeply honored to be stepping into this important role,” Hartfield said. “This is a pivotal time in SCDAA’s 50-year history. Awareness of sickle cell disease and its impact on those living with it or carrying the trait has never been greater. My time as an SCDAA board member, coupled with my longstanding experience in the nonprofit and for-profit worlds, enable me to bring a unique perspective to this role. I look forward to working with the incredible staff, the board and the member organizations on behalf of those impacted by sickle cell disease and related conditions.”

Prior to joining the Sickle Cell Disease Association of America, Hartfield was a manager for federal, state and commercial contracts for CVP, an information technology consulting firm in Virginia and Maryland. During her time at CVP, she developed strategic outreach initiatives, wrote strategy and implementation plans for the national expansion of a federal health agency’s program and managed a $30-million disaster recovery grant contract for the state of Tennessee, overseeing staff and operations of CVP’s regional office.

Previously, Hartfield was a community affairs professional in the nonprofit arena in New York for more than 25 years and brings experience as a leader in nonprofit organizations.

Hartfield was senior vice president for programs and outreach for the Prospect Park Alliance. As a member of the senior leadership team, she provided counsel, support and input on policy, program administration, capital projects and fiscal management issues. She oversaw the operation of five programs and managed a budget of $1.5 million. During her tenure, Hartfield guided her department through the development of its five-year strategic plan, supported the park’s development and fundraising efforts and served as spokesperson and park advocate.

She also served as community affairs and special project manager at Memorial Sloan-Kettering Cancer Center, where she provided leadership, direction and counsel to the cancer center’s senior management. Her relationships with community leaders, elected officials and other stakeholders resulted in increased funding, collaborative programming and a stronger presence in the community. Hartfield developed a cancer awareness community lecture series, which provided the community with access to the center’s top research and medical experts, as well as initiated and implemented cancer awareness outreach programs for children, survivors and youth.

Hartfield was the first community relations coordinator at The New York Botanical Garden. She instituted and managed outreach activities that increased audiences, encouraged diversity and built alliances. She initiated Bronx Day at the Garden, a program to encourage visitors from the garden’s home borough through free admission, entertainment from local artists and activities focused on botany and horticulture.

In addition, Hartfield serves on advisory boards and is a member of the Universal Sailing Club, where she has served on its board in different capacities. Hartfield graduated with honors from Lehman College of the City University of New York with a Bachelor of Arts in community outreach.