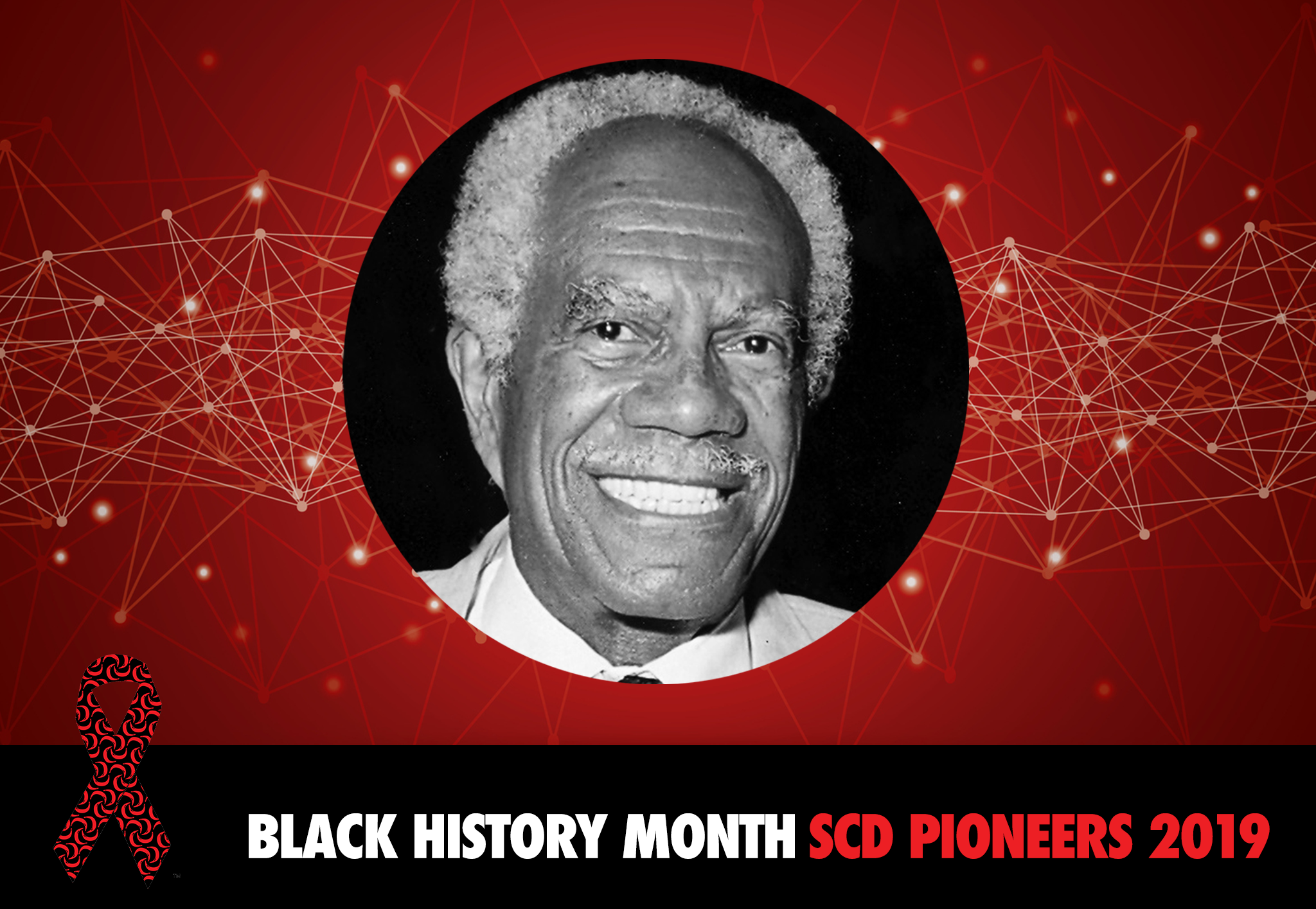 Dr. Charles F. Whitten was a physician, a medical pioneer and the founder and president emeritus of the Sickle Cell Disease Association of America, Inc. (SCDAA). His dedication and commitment to SCDAA and to those with sickle cell disease will be forever remembered and cherished. Dr. Whitten passed away on August 14, 2008 at the age of 86.
Dr. Whitten was born on February 2, 1922 in Wilmington, Delaware to school teachers Emma Clorinda Carr Whitten and Tobias Emmanuel Whitten. In 1942, he earned his B.S. degree in zoology from the University of Pennsylvania. He then studied medicine at Meharry Medical College in Nashville, Tennessee and earned his M.D. degree in 1945 at age twenty-three.
Dr. Whitten worked as a general practitioner in Lackawanna, New York from 1946 to 1951, and then served two years as a captain in the US Medical Corps before returning to the University of Pennsylvania’s Graduate School of Medicine for a year of advanced study in pediatrics. In 1953, he began a two-year residency in pediatrics at Children’s Hospital in Buffalo, NY. In 1955, he moved to Detroit, MI for a one-year fellowship to study pediatric hematology under Dr. Wolf Zeltzer.
In 1957, he joined the faculty of Wayne State University School of Medicine and was subsequently appointed chief of pediatrics at the Detroit Receiving Hospital, making him the first African American to head a hospital department in Michigan. During his tenure at Wayne State University Dr.
Whitten served for 16 years as Associate Dean for Curricular Affairs, and 10 years as Dean for Special Programs. He authored over 100 journal articles and 7 book chapters.
Dr. Whitten was deeply concerned about the under representation of African American physicians. In 1969, this inspired him to conceptualize and implement an innovative post-baccalaureate enrichment program, the first initiative of its kind in the nation.  By its 30th anniversary, the program had graduated almost 300 students of color, more than any other medical school with the exception of Howard University and Meharry College of Medicine. His model has been replicated in medical schools across the country.
Dr. Whitten is widely regarded in the medical community as a trailblazer for his work in sickle cell disease screening. In 1971, he formed the Sickle Cell Detection and Information Center in Detroit, MI, a comprehensive community program which developed educational tools for teaching children and families about sickle cell disease. He directed this center for 19 years. He also founded the Sickle Cell Disease Association of America of Michigan (SCDAAMI) based in Detroit and served as its President until his death. SCDAAMI remains one of the original members of SCDAA. Understanding the need for a national agenda for sickle cell disease, Dr Whitten was instrumental in the creation of the National Association for Sickle Cell Disease, now known as the Sickle Cell Disease Association of America, Inc.
In 2002, Whitten was named Michiganian of the Year, and in 2004, he was named distinguished professor of pediatrics, emeritus at Wayne State University. The Black Medical Association established the Charles F. Whitten Lifetime Achievement Award, which is presented annually. The first award went to Dr. Whitten. He also has been honored with a Special Recognition Award from the Association of American Medical Colleges for his pioneering efforts in medical education and treatment. In addition, SCDAA presented him with a Legacy Award for his 21 years of service in the organization’s leadership, and has since named a special lecture after him at its Annual National Convention.
SCDAA celebrates the life and achievements of Dr. Charles F. Whitten for his outstanding commitment and dedication to the sickle cell community. We cannot thank him enough for his leadership and for inspiring generations to be advocates and leaders in the sickle cell community.
(Information for this article provided by Historymakers.org, Findagrave.com and wayne.med.edu)